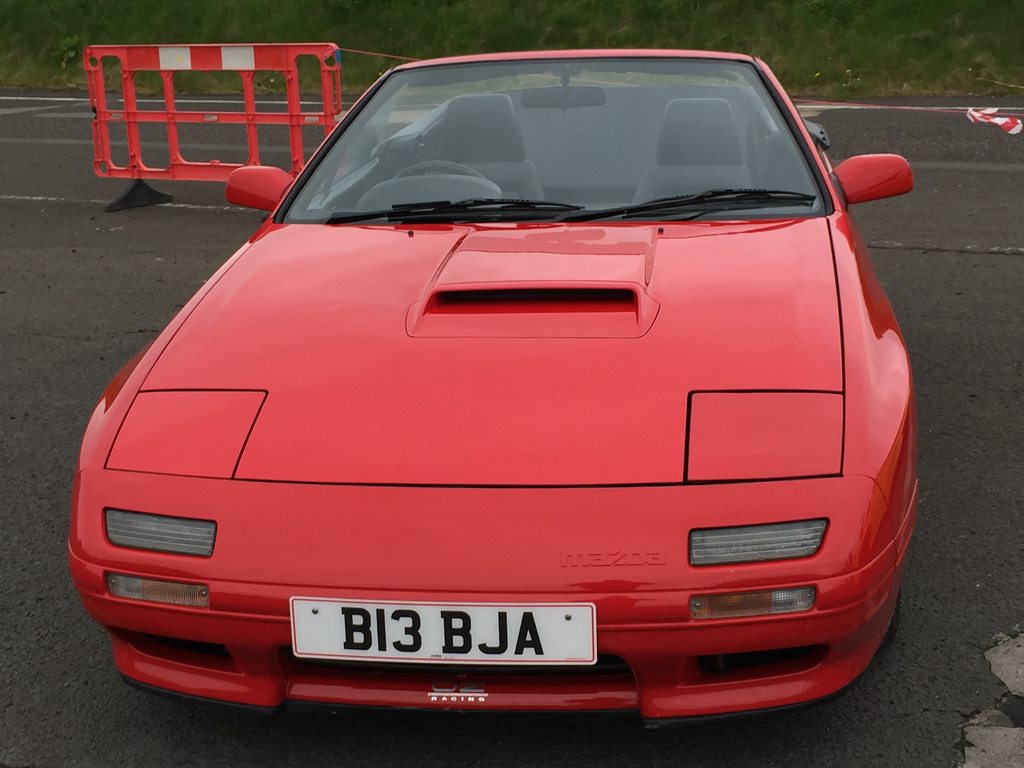 Those of you with long memories will remember that I have an Elford Turbo which has been kidnapped by the restorer, which is subject to ongoing legal action.
Last summer i bought a near mint 1986 FC with one owner and 24k miles.
It has the original wheels that do nothing for the car. I bought a set of BBS alloys that came from a later model which themselves are mint, with almost new standard tyres.
So I got underneath it today to change them over, I started with the rears. But i was immediately concerned if I was going to put the jack in the right place. I Googled it and it said the jacking point was in front of the rear wheels. But there are 2 places you could locate it. There is a recessed area that the jack could fit nearest the rear wheels, or there is a an area about 6 inches long which is further away from the rear wheels that is U shaped.
I am pretty sure it is strong enough but i don't want to damage a fairly pristine car by making the wrong call.
I know this is an FB forum but I am sure someone can help me locate the jackin the right place.
I didn't get to the front wheels but some direction on the jacking points would be great.
I was thinking I should change my name from Threesevens to Foursevens.
i started with a series 2 X reg in 1984 which was silver over grey, and was a beautiful car.
I got divorced and had to sell that car but bought a series 1 V reg in light blue which I had resprayed with dark blue below the waistline. It looked great and loved the car which gives me great memories. I have a photo of me with the car from 1985 which I will try to post. Unfortunately I cannot find the reg no.
In 2016 I bought the Elford and last year I bought the series 4 .
I would be interested to know if anyone else has had as many of the series as me and still know as little about them as I do

Here is some screenshots from the online service manual....

Thanks for your response it has been very helpful especially the FC manual download.
I think i know where to put the jack now, but i wish I had more than the original scissor jack.
Will start the thread as you suggested but still not comfortable with the download process.
Will try to do it tomorrow or over the weekend but lets face it with the current environment what the f*ck else am I going to do.
Top

If you can afford one the Clarke 3 tonne quick Jack's are great. There big and expensive next to the Eurocarparts 2 tonne Jack's, but brilliant for jacking anything up, and you can jack up on the diff easily. Even the small 2 tonnes Jack's are much better than scissor jacks.

I wouldn't recommend doing anything with scissor Jack's except in an emergency.

Hi Rich.
Your feedback has been great.
I have tried to start a new thread but having real difficulty getting the pictures onto the forum from Imgur. Have got about 10 images but can only seem to post a link rather than the images themselves.
Can you help. I know it is probably something simple but I have spent an age on this and am likely to send my laptop into orbit.