A new challenger 'The Beast from the East'

Great work Bud, you're certainly cracking on with it

Have a think about getting some taptite bolts, they will save you a load of work and time...

They look a great idea!

I'll probably get some for when I do the the rear / under the car, then I can just wind them out and use the left over thread for stainless where possible.
Cheers.
Top

rotarypower wrote: ↑
Wed Jul 10, 2019 12:18 am
Cheers, I spoke the previous owner and he still has the old pulleys so he's going to post them to me. I can then turn the engine over by hand to those marks and then refit the gilmer drive & put marks on it.

@SpiritR It will be getting an extensive 'de-rust' this winter.

Respect for your work since you wrote this, really surprised about your persistent. BTW control your mailbox on the top left from your avatar!
_________*Thomas

Cheers, work is still ongoing, but right now I'm halted by waiting for other people to finish work that needs doing.

Specifically:
- Still waiting on my repaired wing. And resprayed lights
- Prop-Shaft is away to have the unreplaceable U-Joints replaced.
- Half shafts shortly to come out for rear bearing replacement.

I've a ton of other parts to fit, some engine under trays from LRB speed on the way, I sourced stainless bolts & springs for the headlight adjusters. Etc.

Also the current weather is not helping.
Will update when I can.
Top

When I took apart the headlights as part of stripping the car down for the repair work I realised just how old and crusty the adjustment screws / springs were.
So I did a bit of measuring & ordered up some stainless springs & bolts to suit. 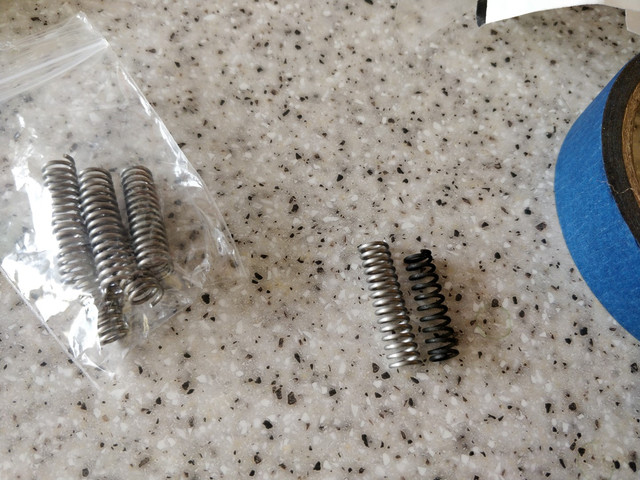 Some parts from Mazdatrix turned up: 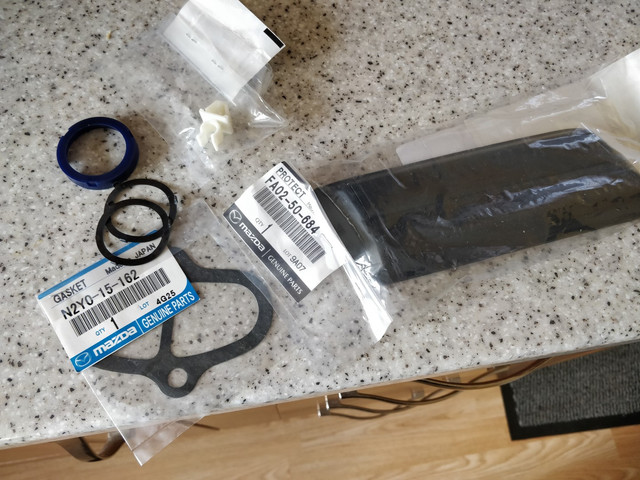 Specifically that's the rubber moulding that fell off, waterpump gasket as I'll be fitting an aluminium 13b one on.
Oh and some shifter bushings to fix the gear feel.

Next I drained the gearbox oil, and it looked pretty disgusting, smelt it as well. Probably the first time in 20 years at least its been drained. I did the same for the diff. 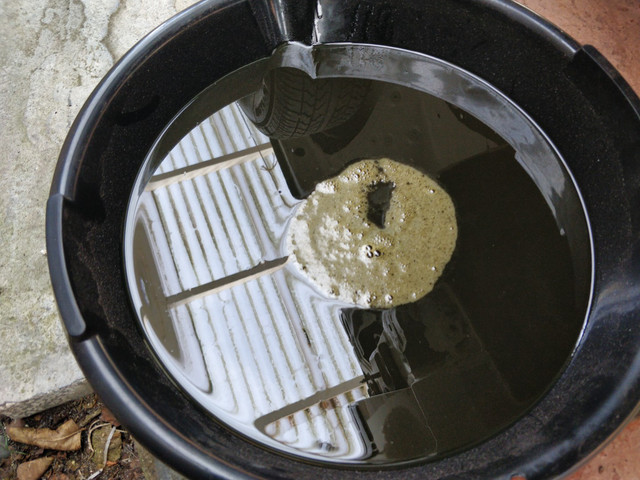 Finally my replacement hood stay clip arrived. I had to bend the stay to get it to actually fit. 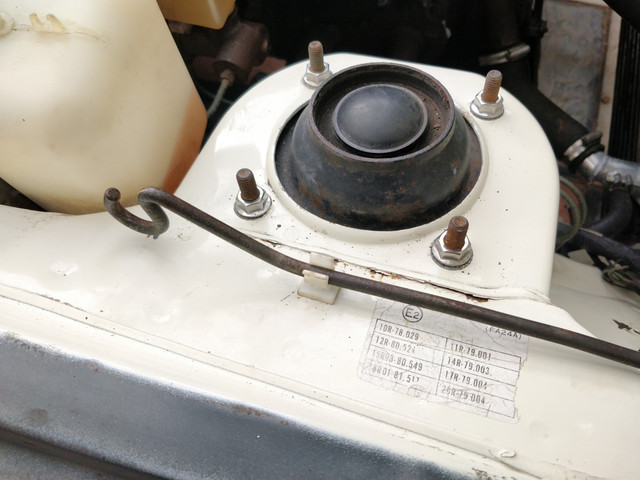 I had planned to change the axle bearings at this point, but the state of the brake shields persuaded me that I'd just end up destroying them getting it out, so I'll try and source some replacements first.

Next up the guy I normally get to do painting for me didn't have time to do my wings so I decided to just give it a go, how hard can it be.. right?
First up stop the rust. This wing is basically full of pin holes at the bottom so its gonna get replaced. For the moment however I'll just hit it with some rust encapsulator. 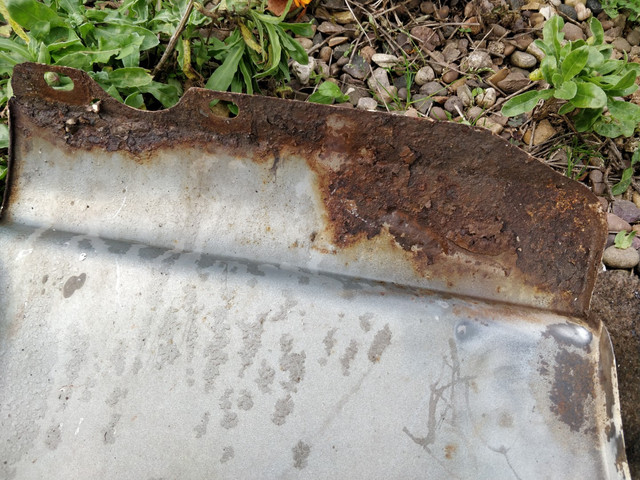 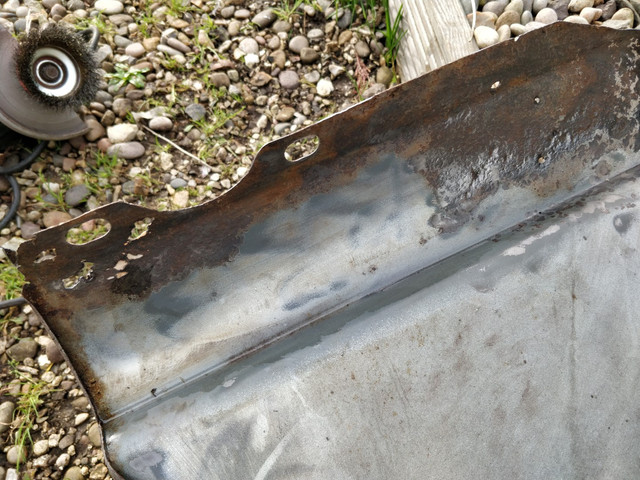 Something tells me this is the last time I'll be using this tin. 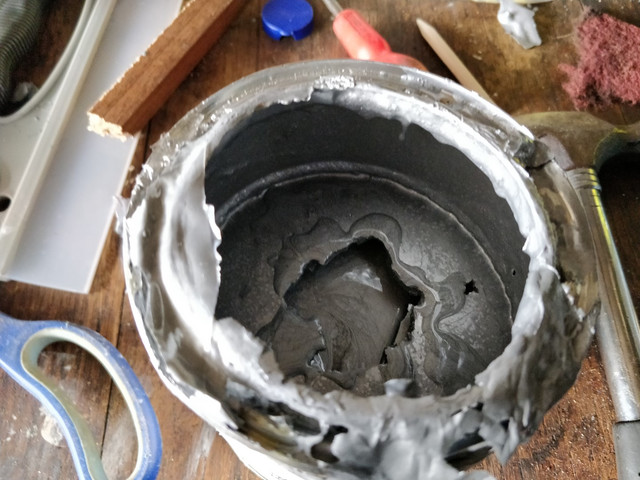 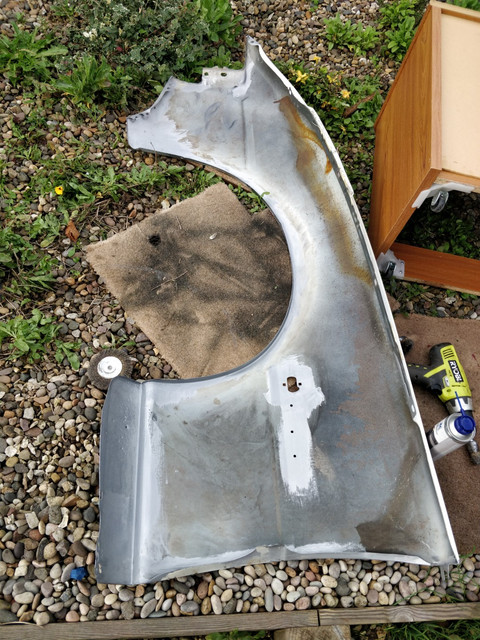 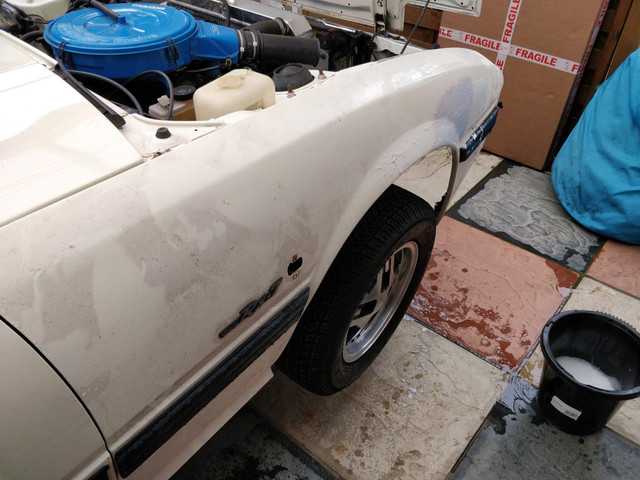 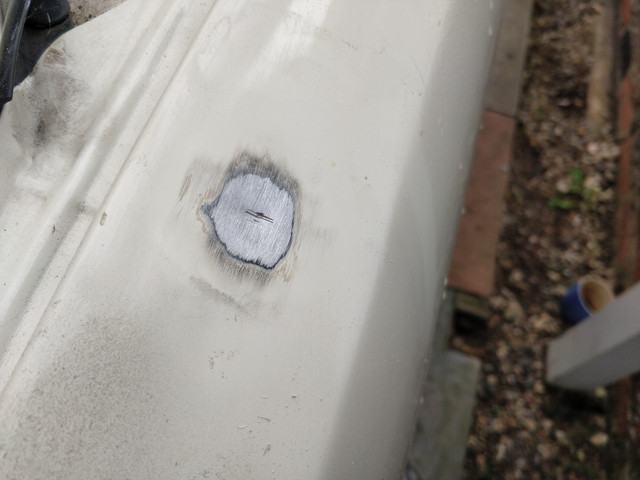 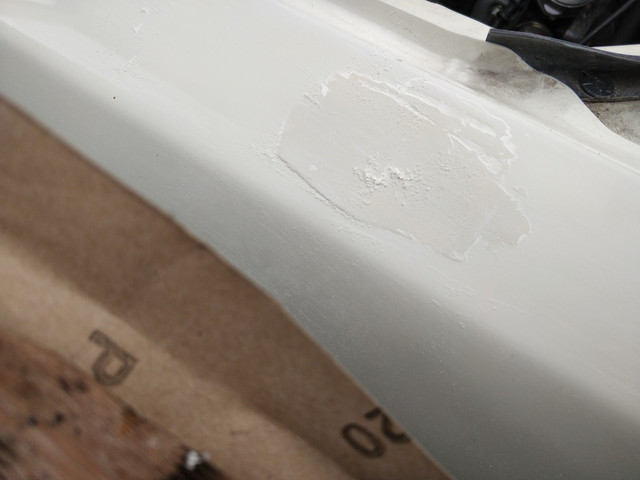 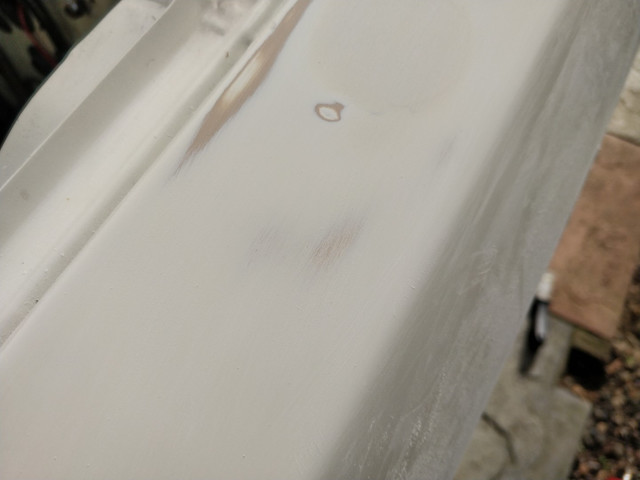 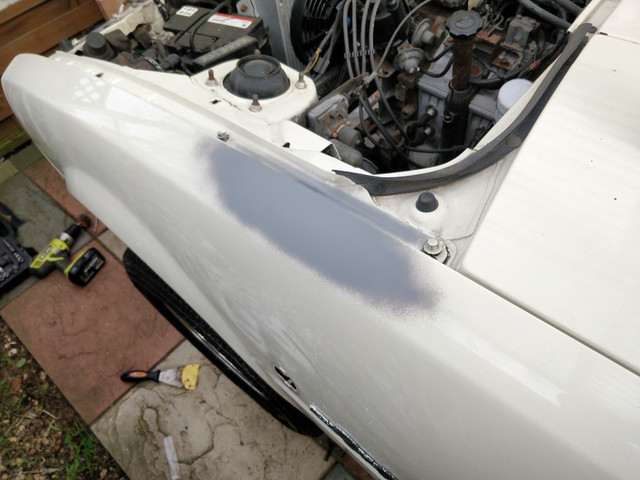 Carefully remove the old adhesive from the mouldings. (I took all the mouldings off where I was painting, using a heatgun & patience. I also removed the badges) 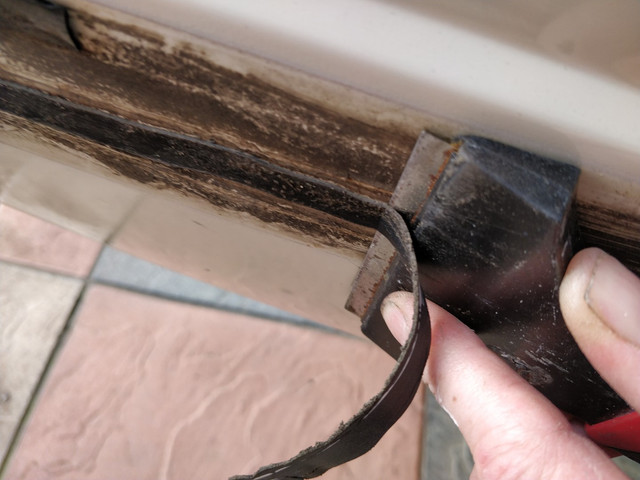 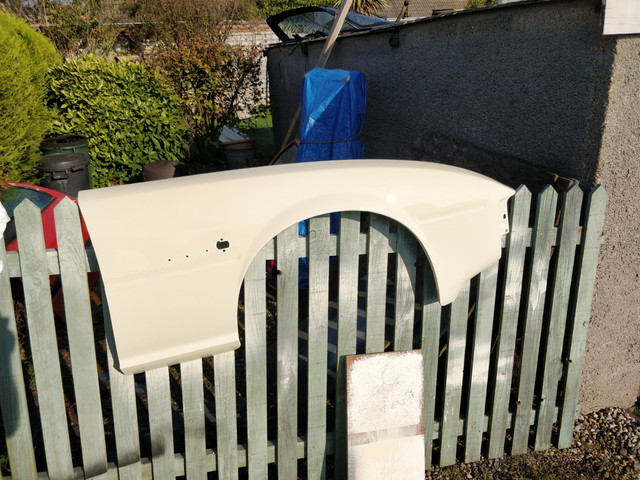 Note when sending it, don't send it to much with a poorly adjusted gun, or you get runs. 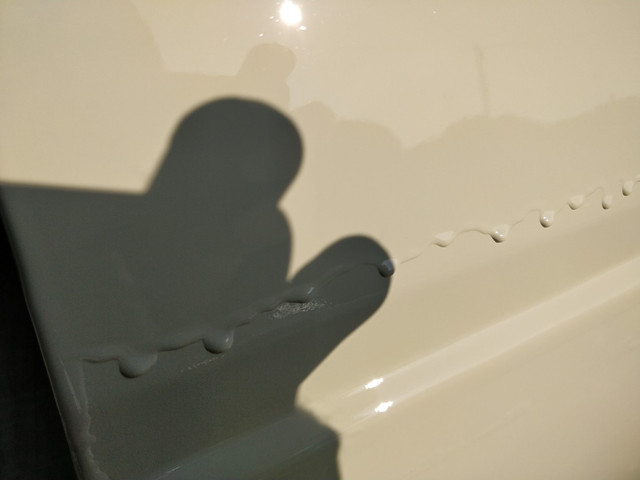 So after that debacle I tried to sand the runs out, but ended up going right through the paint.
I gave up and repainted them both. (That sentence doesn't really do the extra day and a bits work justice)
Despite the gun falling apart and having to finish with a LVLP gun and a 1.8 tip, it came out much better. I have to flat back and buff. Also a few runs to carefully remove. 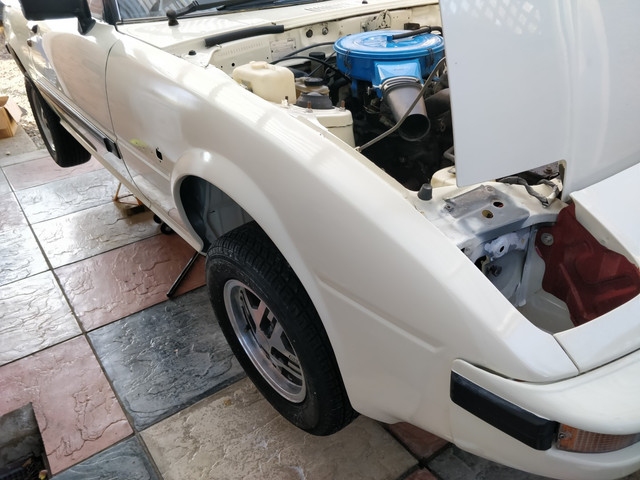 Not so happy with the front bumper fitment, but I couldn't get it any better than this. 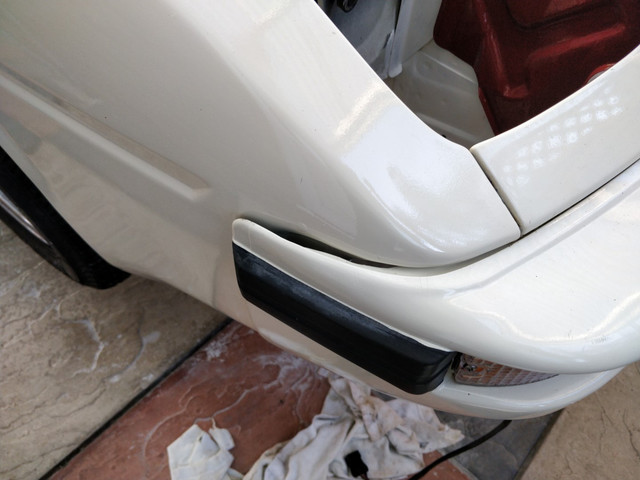 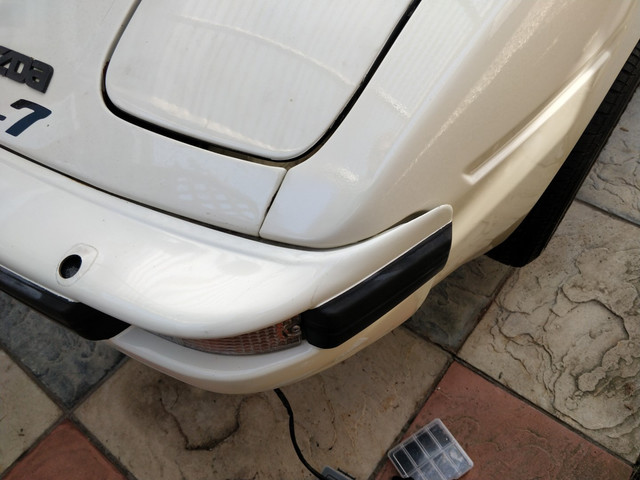 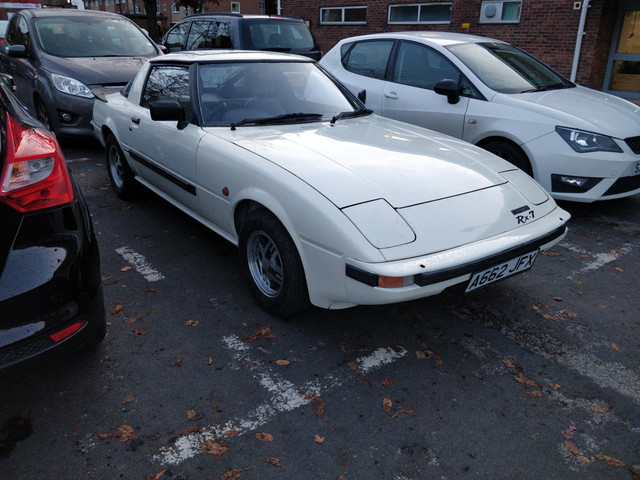 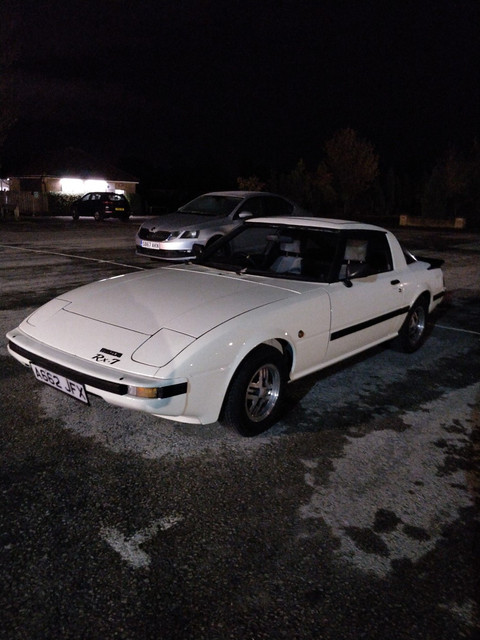 Got to say I'm reasonably happy with that as a first attempt at painting myself.
Just need to reattach mouldings, badges & buff it all up, the colour mismatch isn't noticeably in real life, I think the light must have been weird for the one photo where it looks miles out.

That is good work, spraying is not easy, considering it is being done outdoors in the Autumn it is brilliant! The other thing to remember is that only you know the imperfections............nobody else will (unless you tell them)

Cheers, now I've got the trims & badges on, the looks are much improved.

I'm looking for a photo but apparently I didn't take one.
Anyways, I've fitted a reconditioned driveshaft.
Took it to a place in Leeds who were able to replace front and rear CVs, and rebalance. It also now has a grease nipple on each joint so hopefully it will last longer. 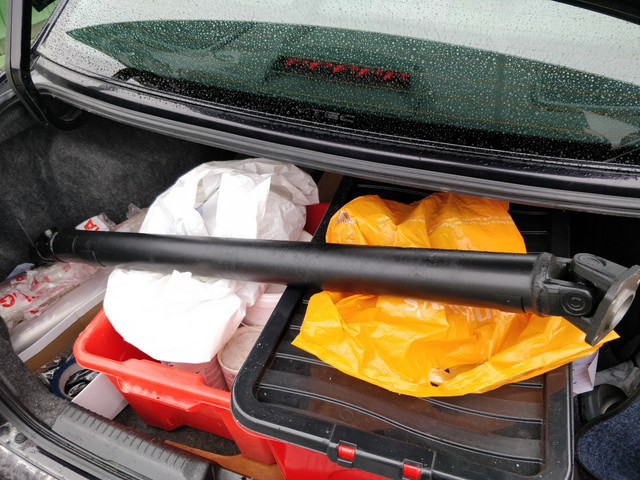 Some goodies from LRB speed turned up as well. 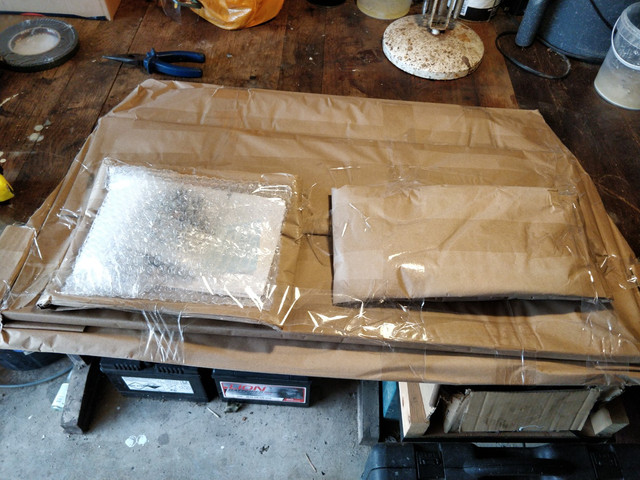 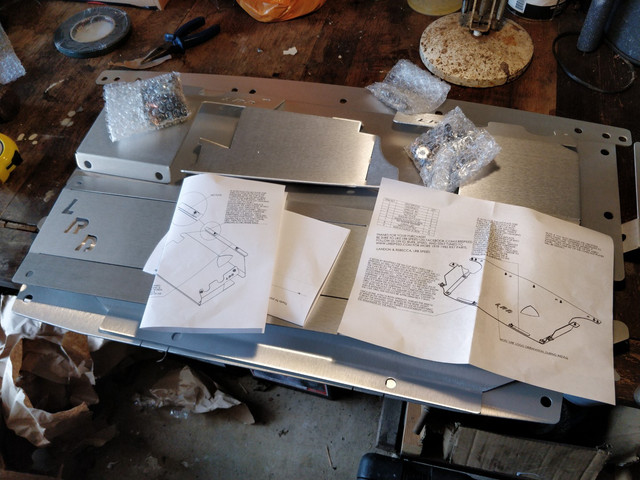 Unfortunately the suspension started clunking loudly from the front yesterday, it was pretty easy to see the issue when I jacked it up: 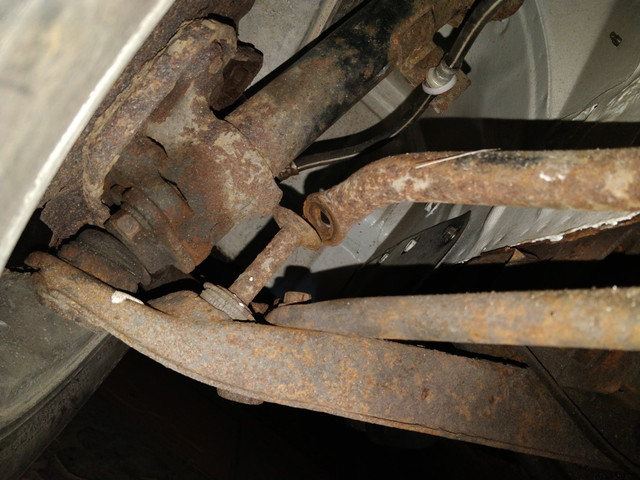 I've taken the hint and ordered an energy suspension complete bushing kit.
The plan is to do everything apart from the two upper rear control arms.

I also found time to assemble the LRB speed kit.
On the whole a decent product, a few parts were a bit fiddly to fit. And I think they should have left a cut out under the sub-frame for jacking, but otherwise pretty good.
Not had a chance to test it at speed yet due to the snapped ARB drop link. 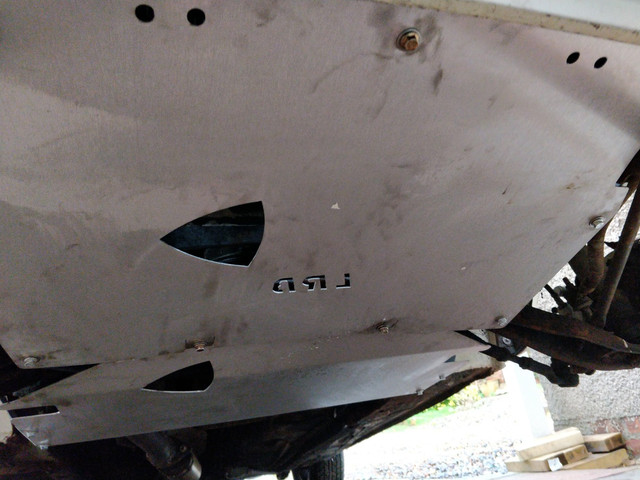 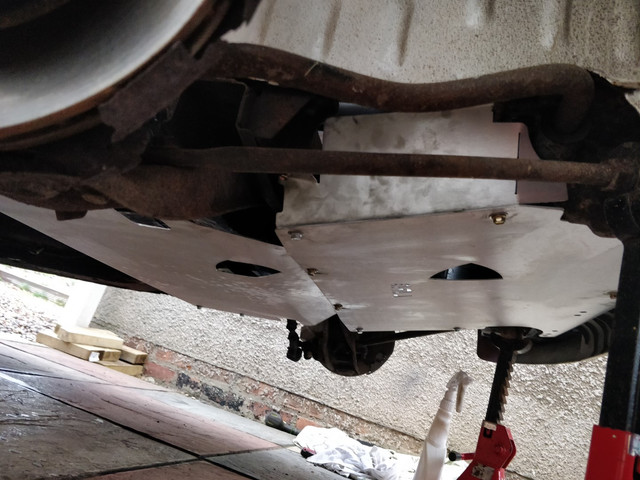 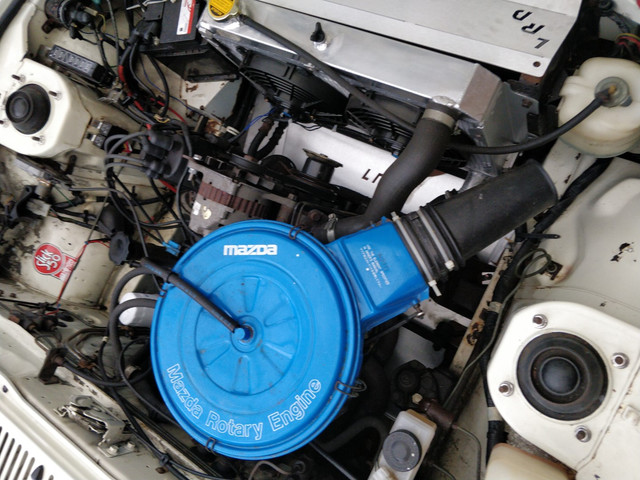 The stereo has also stopped working which is a bit of a disaster, it only plays sound on right hand corners so I need to dive back into the wiring.

there's loads of conflicting advice on the internet regarding polybushes in the rear suspension and which you should fit or leave out, some of which is probably from people who have never actually fitted any in their own cars.
I've installed Energy Suspension Polybushes in 3 of my 1st gens and I've always used every rear bush with the exception of the large one in the Watts link pivot and I've never had any issue whatsoever. All of my cars have handled 100% better with these bushes than the old OEM rubber items.
1986 Series 3 Elford Turbo viewtopic.php?f=4&t=2174
New custodian of 'Gus', K plate series 3 viewtopic.php?f=4&t=27
1992 Peugeot 205 1.9 GTI
1975 Honda SL125 Street Scrambler
Top

Cheers Ian, I'll give that a go.
Any particular reason why you left the Large watts link pivot out?
I'm kicking myself because I forgot to order new balljoints, other than that I have everything to refurb the suspsension, are there any good UK balljoint suppliers?

Also some pics with the trim reattached.
I used a double sided trim adhesive tape I found on Amazon that was way cheaper than 3M prices.

I've replaced every rear bush with energy suspension ones, and not had problems on road or track. Just replace all of them is my advice.

If you are racing or track-ing on sticky tyres and suffering a lot of roll steer or bind then you may want to do the "PB&J" mod where you drill a load of holes in the bushing and use locknuts, but the only real solution is to re engineer the rear upper arms and use a tri link or equal length parallel 4 link, and change the watts for a panhard or rear mount watts with corrected roll centre... but all of that is not relevant on a simple road car.