Hi there, Having to sell my project as my daily requires some very urgent surgery, It's a 1981 Series 2 I bought back in December 2015, Since then I've removed all the arms and axle from under the car and sand blasted them and repainted them all, Rear axle included. I binned the front lower arms and replaced them with new ones from T3. All the bushes have been replaced with ones from energy suspension. New springs and shocks on each corner. Fuel tank has lived on the garage floor since December 15, It's solid and doesn't leak but would benefit from some POR15 treatment. The engine ran the night i got the car home using a pop bottle on the end of the feed to the carb, I haven't tried to run it since then. Exhaust is in the loft somewhere along with the front bumper and some other bits and pieces, I'll get it all down at some point and get some pics. The underneath of the car was wire wheeled and resealed, No rot found on the car apart from 3 patches, The front drivers side wing at the bottom, There is some small holes in a group around 2 inches on the top of the firewall and there is some in the arch of the back passenger wheel. The car will need repainting as there is half a nob on the bonnet where a mate stuck some tape and it took the paint off removing it. Scratches on the front wings where the calipers have been tied up, paint loss on the roof and where under the spoiler. (I planned on having the car fully resprayed so wasn't fussed about any of this) The engine bay has been stripped cleaned and repainted in Hammerite black (It's a brush job so please don't expect a professional spray effort). I have a new clutch slave cylinder still in the box, Also have inner and outer tie rods and new seals for the windows and doors and a new T3 harness bar in the loft. I put a new break master cylinder on the car in december 15 and bled the breaks and they worked a charm at that point, Though I'd say the calipers could do with rebuilding but they did not leak. I'm sure there is a lot more to say but I'll be here all day and this is the second time I've written this advert as my internet browser died and i didn't save it. There is no paperwork for the car and stupidly i have missplaced the recipts for the stuff i have bought for it so far but you're more than welcome to come and view the car and I will show you what I've done with it so far. If you have any questions please ask. I'm looking for £1000 for the car, The T3 lower arms and harness bar owe me somewhere in that region.

Here is some pictures, I'm not sure if the link will work? I can always email you them if you prefer while i try and figure out how to show them on the forum. Thanks 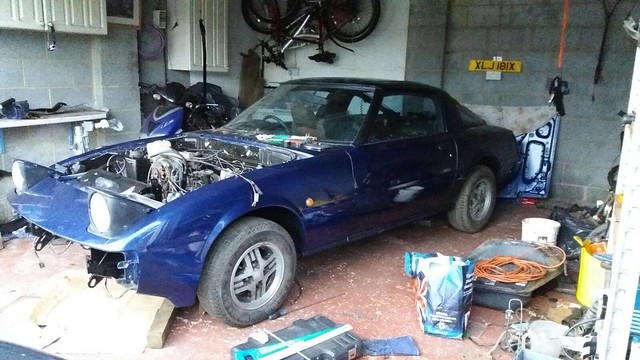 hi interesting project you have. Good description overall. so just a couple of questions where abouts is the vehicle at the moment and is the rear axle standard no lsd drum brakes or disk brakes
Top